In Remembrance of Bryce Wayne 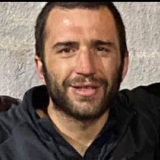 He was born on February 23, 1990, in Kansas City, MO. Bryce grew up in Platte County and attended Smithville High School.

He was an avid outdoorsman and enjoyed hunting, fishing and mushroom hunting. Most of all, Bryce loved spending time with daughters and family. He had a big heart, never knew a stranger and will be dearly missed by all.

Bryce worked in the insulation business with his grandfather Bum Williams.

He is survived by his daughters Aspen and Ava; his mother Crystal Wayne; his siblings Justice, Jaden, and Jackson; his grandparents Bum and Sherrow Williams and Ronnie and Janet Wayne; his aunts Jeanne Knapp, Rachel (Nima) Gard and Beverly (Rick) Russell; several cousins, great aunts and uncles and many friends.

In lieu of flowers, donations may be made in his memory c/o the funeral home.