In Remembrance of Bonnie J. Sissom 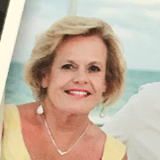 She was born on January 17, 1951 to Charles Richard and Mary Jeane (Meek) Riddle in Leavenworth, KS. Bonnie grew up in Weston and in 1969 she graduated from West Platte High School.

On February 4, 1980 she was united in marriage to Daniel Ray Sissom. After their marriage they lived in Birmingham, MO where they farmed, raised their 3 children and made their home.

She was a member of the First Baptist Church of North Kansas City. Bonnie was a homemaker, barber and had a strong belief of family and Christian Faith. She was a wonderful wife, sister, mother, and grandmother who was lovingly known by her 9 grandchildren as Nauna.

Bonnie was preceded in death by her parents Charles and Mary Riddle.