In Remembrance of Bill Palmer 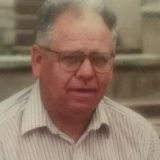 He was born on January 10, 1951 to Billy Joe and Ethyl Mae (Platz) Palmer in Kansas City, MO.  Bill graduated in 1969 from Northeast High School.

On September 12, 1970 he was united in marriage to Sharon Kay Downing. After their marriage they lived in historic Northeast Kansas City and in 1996 they moved to Smithville, MO.

In his early adulthood, Bill taught vocational electronics at Joe Herndon Technical School in Raytown, MO for ten years. A growing family led him into the technical world where he transitioned between a couple of companies before securing a position with a subcontracting firm at the Proctor and Gamble soap plant in Kansas City, KS. He worked there for 34 years, retiring in 2019.

One of Bill’s greatest strengths was an unending pursuit of learning technical and handyman skills. Given the right resources there were few projects he couldn’t figure out how to tackle. As a result, Sharon and Bill’s early years were filled with numerous home improvement projects on the home they first bought together. It wasn’t all dust and work, as a young father he enjoyed various outdoor activities with his family including camping, fishing and numerous trips to local race tracks.

Some of Bill’s interests included classic country music, the outdoors, and woodworking. Through the years, it was quite common to hear the home filled with the twain of a steel guitar and voices from a country music era gone by.  In recent years, Bill rekindled his passion for woodworking and loved spending time in the shop with his son and grandsons. He also enjoyed hunting and fishing at his daughter’s family's farm in Koshkonong, MO. Bill will be remembered as a hardworking and loving husband, dad, and Papa.

He was preceded in death by his parents and brother Michael Joe Palmer.

Memorial Service:  6:00 p.m. Saturday, March 7th with Visitation from 5:00-6:00 prior to the service at Hixson-Klein Funeral Home, Smithville.

The family is asking for donations to be made to the Smithville R-II Foundation  for the William Carson Palmer Memorial Scholarship.