In Remembrance of Allan Palmer 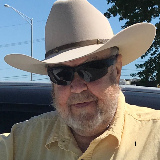 He was born on January 19, 1948 to Walter Raymond Sr. and Grace (Haas) Palmer in Kearny, New Jersey.

Allan grew up in Harrison, NJ where he graduated from high school. Allan served his country in the U.S. Army during the Vietnam War.

On May 5, 1991 he was united in marriage to Florence Rheiner. After their marriage they lived in Royal Palm Beach, FL, they relocated Norcross, GA, and settled in Platte City, MO.

Allan worked for ADT/TYCO for over 25 years, retiring in facility maintenance. He was a member of the VFW.

He was preceded in death by his parents; sisters, and Nancy Busto; and brothers, Walter Palmer and.Allan is survived by his wife, Florence; sister, Virginia Kwicinski; brother, Ronald Palmer; several nieces and nephews, other relatives and many friends.

Celebration of Life will be held at a later date.