In Remembrance of Alice Young 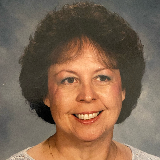 She was born on March 9, 1943 to Randall Earl and Sophia Ganel (Quinn) Thornton in Marshall, MO. Alice graduated from North Kansas City High School in 1961. She then attended Southwest Missouri State University where she received her bachelor’s degree in Sociology with a minor in English.

On June 12, 1965, she was united in marriage to William Leroy Young. After their marriage they lived in Gladstone, MO where they made their home.

Alice was a Supervisor at Jackson County Welfare Department, and Alice and Bill owned and operated a painting company. For the last 30 years, Alice was a real estate agent in the Kansas City area.

Alice and Bill spent most of their life in the Nazarene Church and were involved in the Layman's League and Marriage Enrichment Ministry. She was preceded in death by her parents; infant brother, Donald Thornton; sister, Janie Pickard; and her twin children, Steven Christopher and Lisa Diane.

Funeral Service: 1:00 p.m. Saturday, October 2nd at Hixson-Klein Funeral Home, Smithville with visitation one hour prior to the service.