In Remembrance of Al Lamb 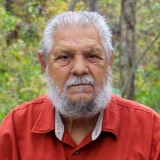 He was born on October 28, 1951 to Charles Albert and Dorothy (White) Lamb in Wagram, North Carolina. Al grew up in Smithville and graduated from Smithville High School in 1970.On July 28, 1984, he was united in marriage to Barbara Bruce. After their marriage they lived in Smithville where they made their home.

He owned and operated Lamb Fence until retiring in 2014. He was an avid hunter and enjoyed the outdoors.

He was preceded in death by his parents; stepmother, Vita Lamb; his grandparents who raised him, Ellis and Byrda Baker; brother, Charlie Lamb; sister-in-law, Carol Lamb; and niece, Kimberly Lamb.

The family wishes to thank St. Luke’s Hospice House for their exceptional care.